In a few short weeks I will be jetting over to Ireland to photograph the Insomnia Ireland regional event at the Ireland National Event Centre in Killarney which is on the South West of the country. Not only will this be the first Insomnia event outside of the United Kingdom but my first photography job which I will fly to. I have worked outside of the UK which I provided a green screen photo booth for Curse Inc at Minecon Paris 2012 but that required the usual boot load of equipment so driving was required however this time it is just event photography I will be doing.

Now all of my two main camera bags are quite large and my shoulder bag can't carry enough so I had to look into alternatives. Initially the Think Tank Airport International grabbed my interest as a very capable roller camera bag however there is a complication and that is Ryanair.  While the carry on weight allowance is pretty decent at 10Kg (and can be upgraded to 15Kg) the unfortunately have the toughest carry on size restrictions of 55cm x 40cm x 20cm. 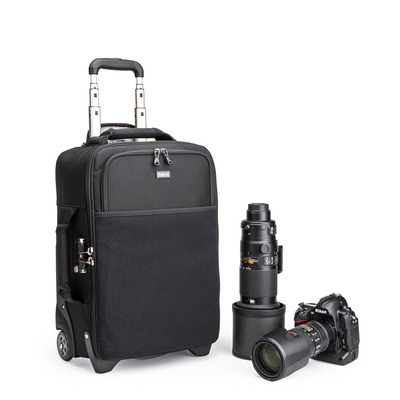 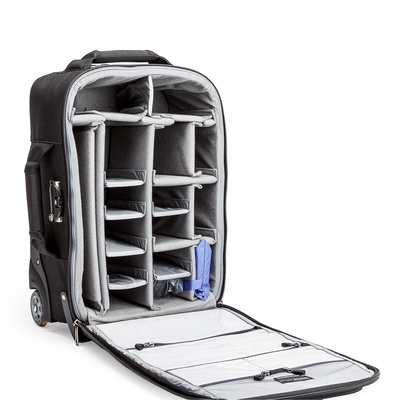 Now the 55cm length and 40cm width are also pretty decent and most camera bags will fall inside those dimensions the killer is the 20cm depth. The Think Tank Airport International is advertised with an external depth of 20.3cm however people have said it's safer to treat it as 21-22cm with contents. It has been very difficult finding a proper camera bag, particularly a rolling bag that meets that 20cm depth bearing in mind this needs to hold at least 2 camera bodies with grips, lenses, accessories and a 15.6" laptop. Think Tank do have an Airport Essential backpack which kinda works at 17cm deep however when it comes to laptops it is made primarily for 13" laptops and some slimline 15" laptops and although my Gigabyte P35W v4 is pretty slim it is too big (one of those times I regret not getting the Gigabyte Aorus or having a Surface Pro 4 yet). Also after reading reviews and forums some people have managed to get their Think Tank Airport Internationals through the baggage checking cage but only just I didn't think it was worth tempting fate and having them demanding my bag with all my camera and laptop kit go in the hold.

So after speaking to a friend that regularly jets over the world as the FIA World Endurance Championship official photographer with all of his kit I decided to go with his recommendation of a Samsonite S'Cure case which arrived yesterday. 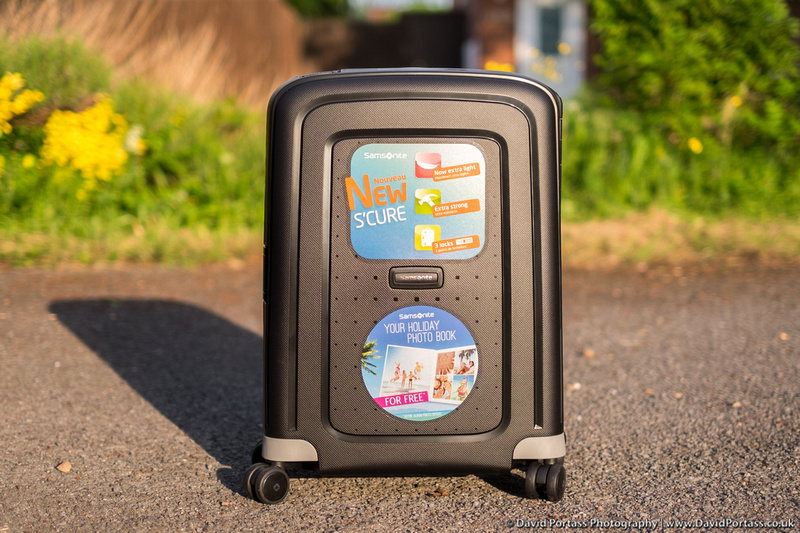 Now this isn't a camera case, it is just your average travelling case however where it differs from my current travel case is that it is very light, strong rigid yet light material, no zips that can be jimmied open, a combination lock with TSA bypass lock and 4 wheels which I've not had before on my luggage. The big challenge is going to be that because it isn't a camera bag there aren't any of the usual camera and lens padded dividers that you come to expect of dedicated bags, this initially concerned me when he suggested it to me however after looking at his blog post which showed an image of how he packed his it made a little more sense for me, let me explain. 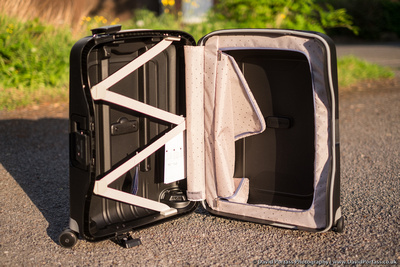 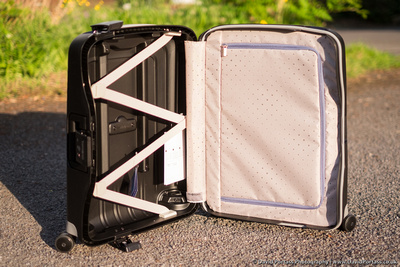 Those who know or have seen me work will usually see me with a myriad of pouches around my waste. This is the Think Tank belt system and each pouch is made for a particular type of lens. I find this system to be incredibly flexible and comfortable to wear for all day jobs where I'm always on the go and carrying a bag (back pack or shoulder) is impractical but you still want all your lenses with you. Even when I do outdoor jobs like festivals I will have an extra pouch on there for a good size water bottle and a pouch with a military style rain poncho that's big enough to cover me and all my kit in a sudden down pout but doesn't have sleeves so I can still reach all my kit and bring camera's out either side to take photos in the rain. 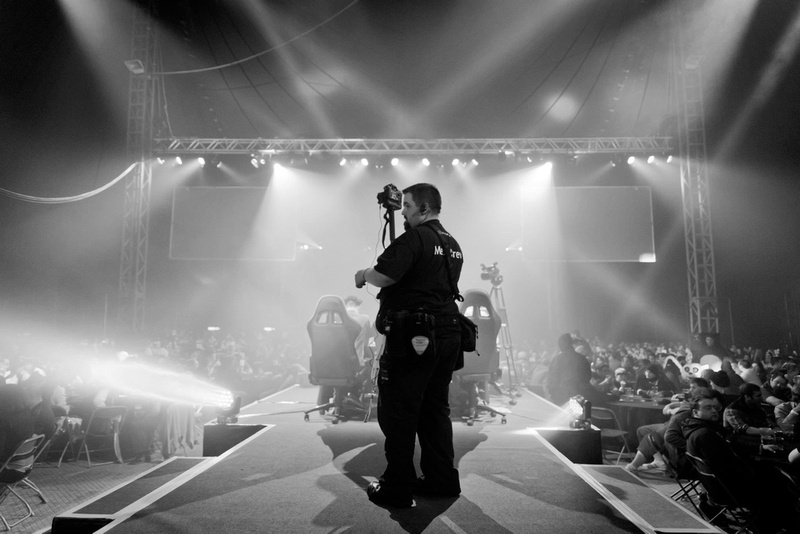 Back to the point, because I use these pouches at all events I was initially going to put them into my clothing bag that will go in the plane hold taking up space, but with the Samsonite S'Cure case, rather than the lenses going into lens divided slots they will stay in their respective pouches and get packed into the case in them providing their own padding. I will do another blog post on how I get on packing it with my camera kit and laptop another day. The one thing I do now need to get though is a light weight but padded holder for my laptop which will be going into this case too. 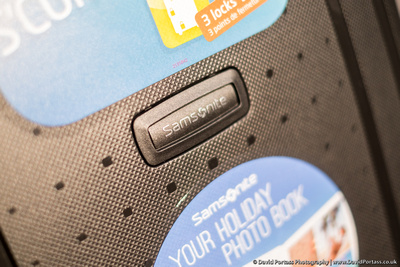 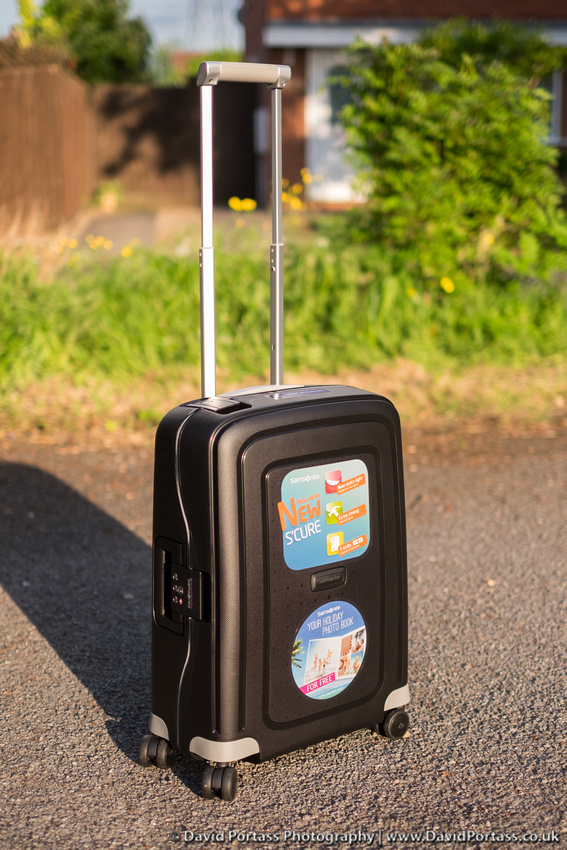 When I do fly out because I know the exact dimentions of the S'Cure I will be checking to see how much extra space the sizing cage will have so I can see if the Airport International might be viable for Ryanair because if it is then it will be viable on any plane.

What I have also bought is a new Manfrotto BeFree Aluminium Travel Tripod. I love my Manfrotto 190xprob Tripod, I bought it 4 years ago I believe and it's still going, good size, weighty but not too heavy which makes it ideal for things like outdoor time lapses in blustery conditions and I particuarly like that I can switch the middle column from vertical position to horizontal for things like table top product photography. Unfortunately because of its weight and ultimately it's size prevents it from coming with me on the plane, hence the new addition to the family. 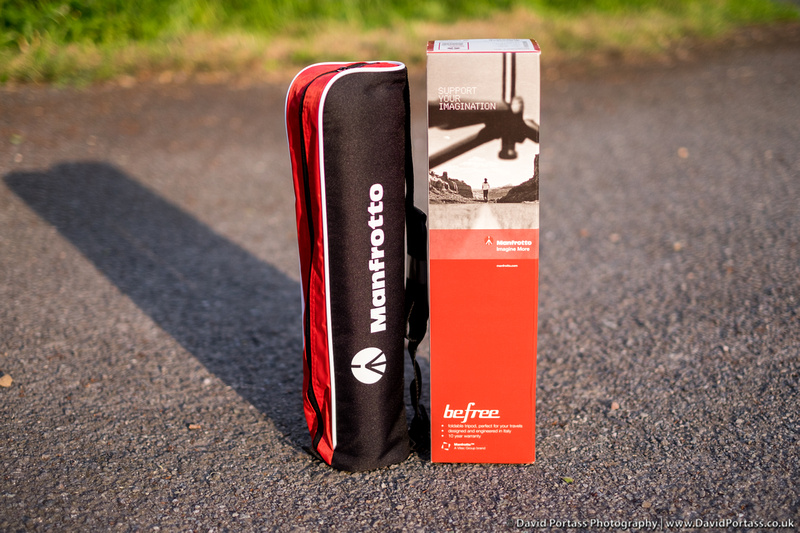 The BeFree is a nice little travel tripod that has some excellent reviews and comes highly recommended. Not only is it light at around 1.35kg (vs nearly 2kg of my 190xprob with head) but packs down to a tiny 40cm (vs 57cm of my 190xprob) and includes a ball head with a reported load limit of 4Kg. There is a carbon fibre version of the BeFree as well with the same specifications but is 250g lighter at 1.1Kg but is more than double the price. 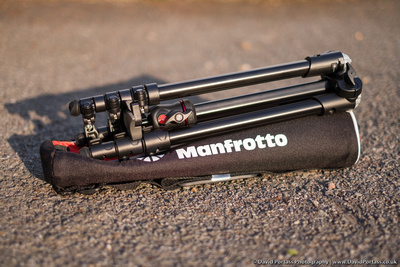 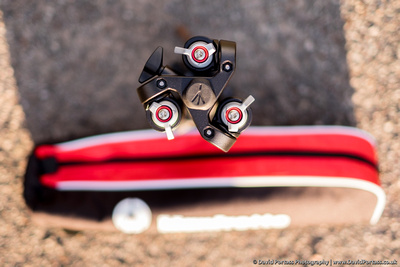 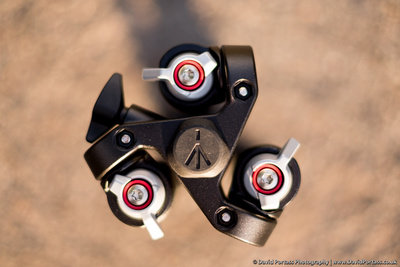 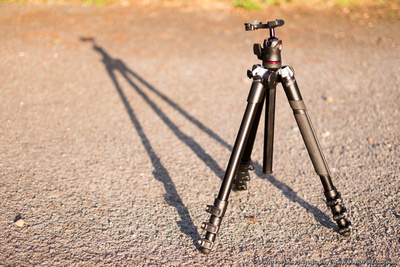 The reason it folds down so small is because the legs reverse up in a transport position and the receiver plate on top of the ball head is has spaces machines out of it for two of the legs to fit making it really compact. The silver locks on each leg are what lock the legs in the down working position but is quite flexible as it allows the legs to function in their normal position like any other tripod and goes from a minimum height of 46cm all the way up to a respectable 144cm but there is another lock position that spreads the legs wider allowing the tripod to sit lower down to 36cm. 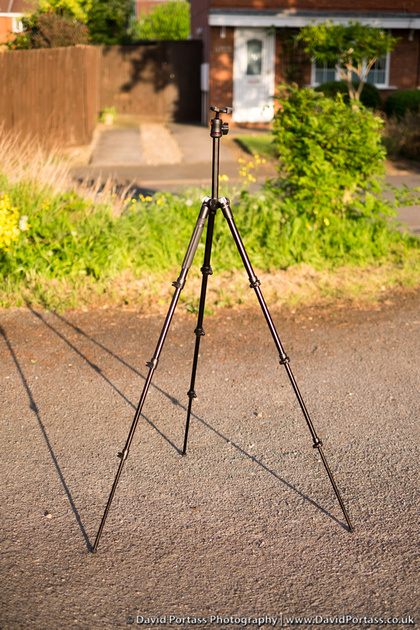 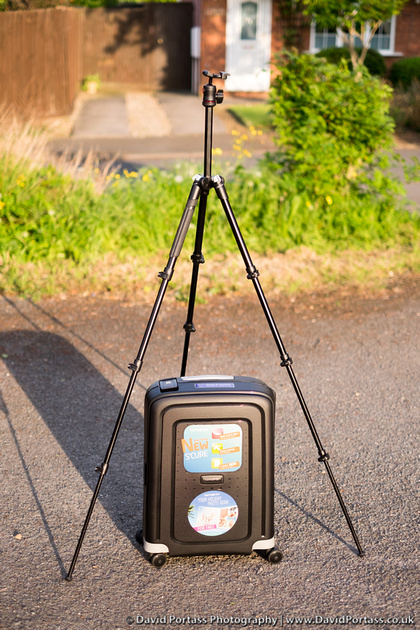 The plate receiver on the ball head is based on the Manfrotto RC2 compatible plates works with Manfrotto 200PL-14 plates which means it works great with the Peak Design Pro Plates fitted to the bottom of both my Nikon D750 and my Fuji X-T1.

So this should be a fantastic travel companion as it does have its own bag with a shoulder strap but is also small enough to secure under the flap of my shoulder bag for when I'm out and about and most importantly as you will see in the next photo will easily fit inside my baggage to go on the plane. 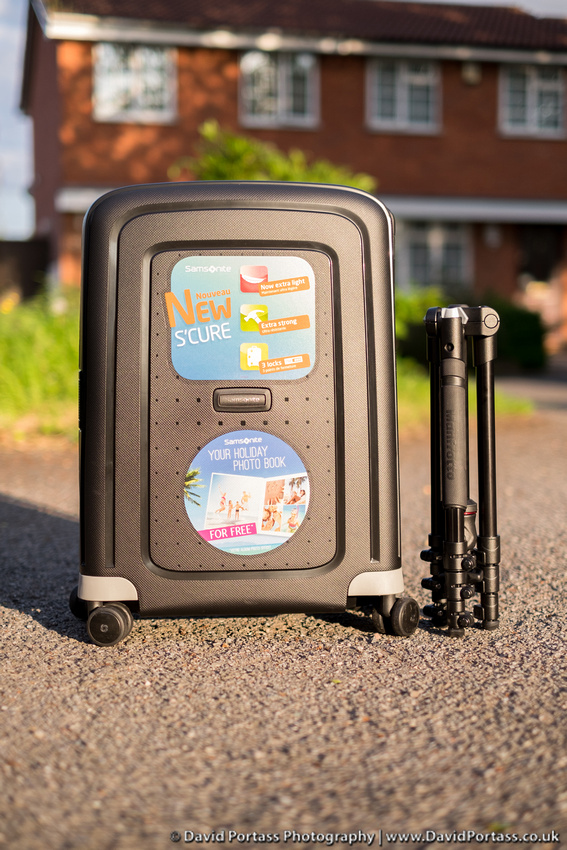